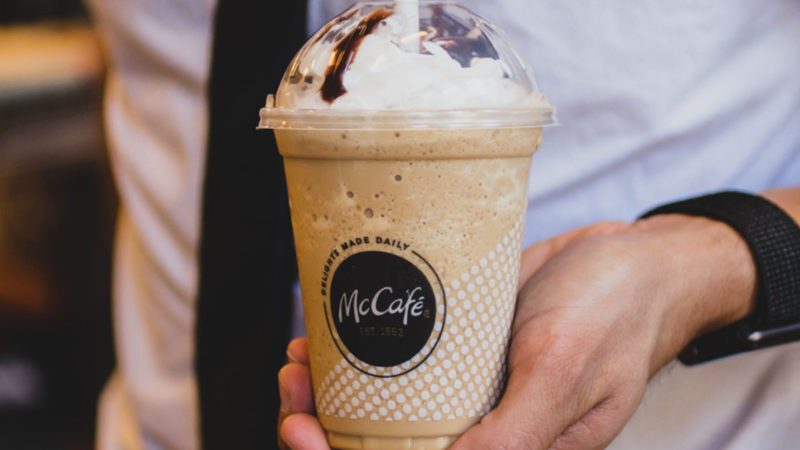 Now, the recipe behind a cold brew is pretty simple: just steep some coarse-ground coffee beans in cold water for 12-plus hours. The new drinks, however, have a tad more inside than that.

According to McDonald’s, a Cold Brew Frozen Coffee clocks in at about 290 calories and contains the following ingredients:

In layman’s terms, all these additional components are to make the “Cold Brew” supply last in the restaurant, unlike coffee chains who typically run out before 10 am.

Despite the bevy of additional ingredients, including cream and sugar, McDonald’s patrons seem to have taken to the new beverages, probably comparing it to Starbucks’ regular Frappuccinos rather than a traditional cold brew.

I picked one up and brought it back to HQ to share with my colleagues. Here’s what some of them had to say:

I think it’s personally a bit too bitter for me, especially with the amount of milk, cream and sugar in there. It definitely drinks to its price point though.

It doesn’t really taste like anything that Starbucks has. It has more of a mocha/ice cream flavor than anything.

Only time will tell if the Cold Brew drinks will have a permanent place in the year-long menu. Until then, curious coffee heads will want to try one of these frozen brews out as they’ll only be available for a limited time.