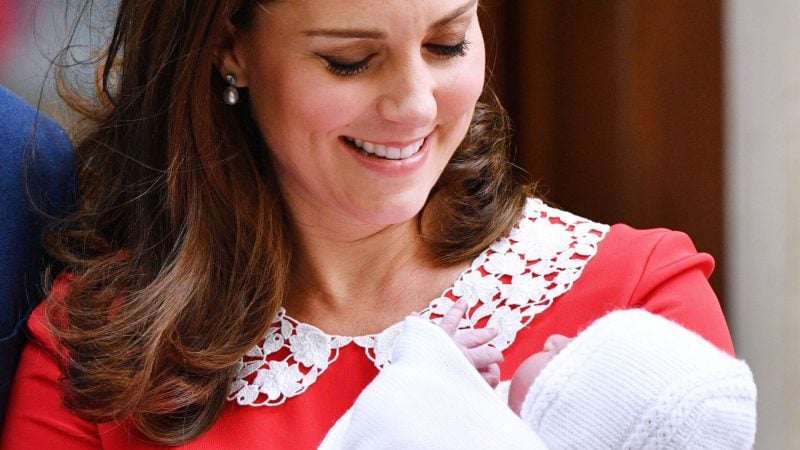 Royal babies eat like, well…royalty. From the second they enter the world, their diets are monitored to ensure that they are eating the best foods that will help them grow into strong, healthy kids. Curious about their diet? Royal chefs and other palace staff have given the public a look into what foods royal babies can and cannot eat—and, it’ll be a while before royal children develop these bizarre eating habits of some of the more mature members of the royal family.

Just like all babies, royal babies typically start off on a diet of breastmilk. However, up until Queen Elizabeth II, royals hired wet nurses to breastfeed their babies. It’s been reported that Queen Elizabeth apparently breastfed Prince Charles while Princess Diana insisted on nursing William and Harry herself. Kate Middleton also breastfed all three of her children, and Meghan Markle is expected to do the same.

The mothers have strict diets too

While breastfeeding their babies, royal mothers have to watch their diet as well so that nothing alters the flavor of the milk they are giving to their children. Strong alcohol, spices and garlic are all off limits. They have to stick to a “bland” diet. The Queen herself also keeps to a strict diet—these are the foods you won’t ever find the Queen eating, either.

Once the royal babies are old enough to start eating solid foods, they are introduced to pureed fruits and vegetables straight from the Queen’s garden. Former royal chef, Darren McGrady, told TODAY.com that he “pureed the princes’ (William and Harry) first meals of steamed apples and pears from the queen’s Sandringham country retreat.” After pureeing, he would strain them twice to make sure there were no lumps that the babies could choke on.

Delicious, right? As the baby gets older, different types of meat will be introduced in their diet to expand their palate. Chefs puree chicken, lamb or beef and mix it with vegetables such as carrots, peas or cauliflower. Former royal chef Carolyn Robb told Racked that the meat typically comes from animals raised on royal grounds and is organic.

They stay away from packaged foods

With an abundance of royal chefs—and a few even dedicated solely to the royal babies—there really is no need for them to eat packaged foods. In his over 15 years working as a royal chef, McGrady never saw packaged food given to any royal baby. However, Camilla was seen accepting Plum baby food for Prince William and Duchess Kate’s children. Whether the Duke and Duchess of Cambridge actually fed it to their kids is unknown.

As they get older, royal babies have a little more say in what they get to eat. Obviously, their parents and nannies will make sure they are getting their fruits and veggies in every day. Princess Charlotte reportedly loves olives and one of her and George’s favorite dinners is “cheesy pasta.” They even like to help cook it. Here are some of the best royal recipes to recreate in your own castle.

50 Recipes to Make With Mustard

Pressure Cooker Cranberry-Mustard Pork Loin This dressed-up pork loin is so simple that you only have to spend a few minutes preparing...

What Is White Asparagus and Why Is It White?

Karl Allgaeuer/Shutterstock Get to know white asparagus—and discover the secret to its pale color. The anticipation of fresh, tender...

8 Ways to Shake Up the Classic Negroni Recipe

Beverages Amanda Tarlton Here's a closer look at the classic Negroni recipe, plus a handful of sparkling Negroni variations that...

What Is Alkaline Water? Should I Drink It?

DJSinop/Shutterstock The latest healthy trend has everyone wondering—what is alkaline water? Learn more about the benefits and whether...

50 Easy Dump and Go Side Dishes

Side Dish Recipes With minimal prep time and your trusty slow cooker, these dump-n-go side dishes make dinnertime so much...