A Large Pizza Feeds You More Than TWO Mediums, Acc… 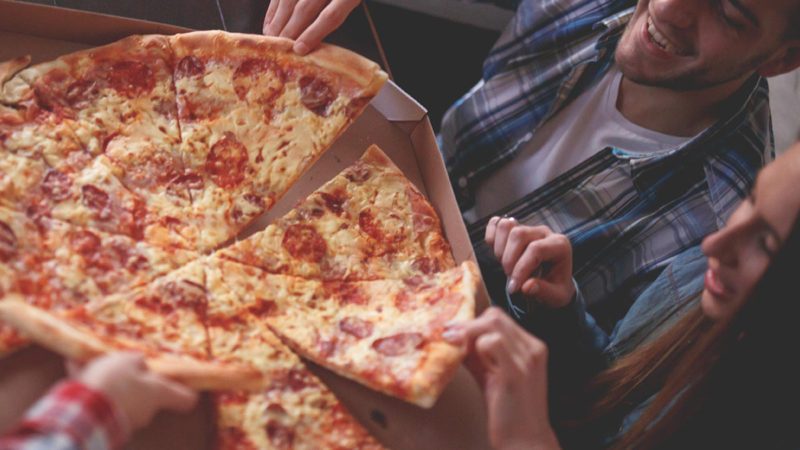 So, how does math factor into pizza?

There has always been a firm belief in my heart that more is better, at least when it comes to pizza. While I didn’t think my core pizza beliefs would be turned upside down going into work today, I’m pleased to discover that math has finally played a role in my adult life outside of calculating tip. So how does math factor into pizza?

Fermat’s Library, a platform for illuminating academic papers, posted a pizza meme a week ago that has since garnered more than 32,000 retweets and 74,000 likes.

Here’s why it’s so mind-blowing.

By means of a mathematical equation, the image proves that a single 18-inch pizza actually yields more pie than two 12-inch pizzas by calculating the area of both pies.

Like many on Twitter have pointed out, they (myself included) have been ignorantly spending more money on medium pizzas than they should have.

Finally! I can now coherently explain to my 10 year-old why math is important in life: without math, you might unknowingly spend more for less pizza!

I eagerly shared this game-changing discovery with my colleague, Constantine.

So the next time you’re trying to feed a hungry group, or simply trying to save some money with your pizza order, know that ordering a single large is definitely cheaper than ordering two mediums, but will ultimately yield you more food.